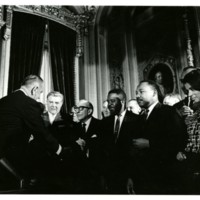 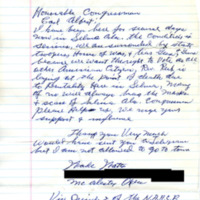 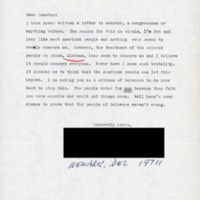 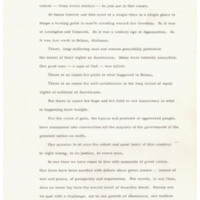 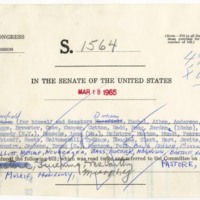 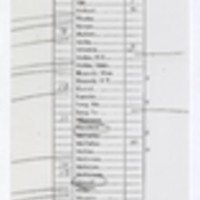 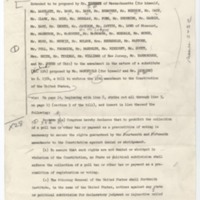 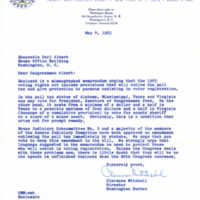 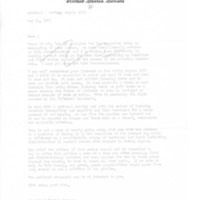 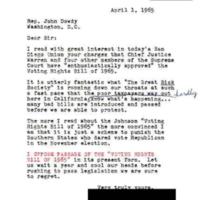 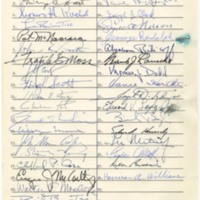 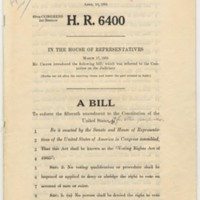 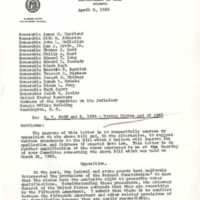 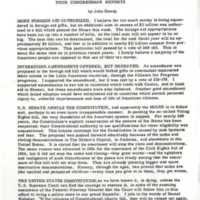 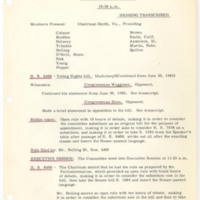 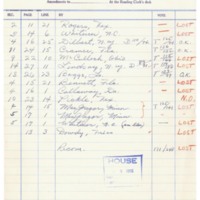 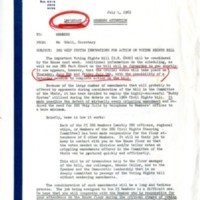 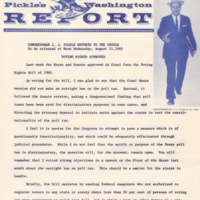 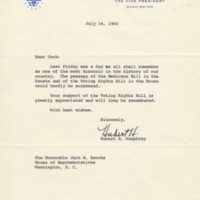 Even after the passage of the Civil Rights Act of 1964, discriminatory practices, such as poll taxes and residency and literacy tests, vestiges of the Reconstruction era, continued to depress voter registration rates for African Americans living in the South.

In January 1965, President Lyndon B. Johnson met with civil rights leaders informing them he would push for a law protecting voting rights after Congress passed an education bill and Medicare. Although a voting rights bill was being carved out quietly by the administration and Senate leaders, civil rights leaders were frustrated with the wait, especially as activists and protesters were met with increasing violence. On March 7, Alabama state troopers violently attacked peaceful civil rights marchers as they crossed the Edmund Pettus Bridge in Selma, Alabama. An outraged nation put pressure on Congress and the president to pass a bill protecting the right to vote for all Americans.

On March 15, President Johnson appeared before a televised, joint session of Congress to deliver a stirring, historic speech calling on Congress to pass a voting rights bill.  The president embraced the rhetoric of the civil rights movement, declaring that the nation “must overcome the crippling legacy of bigotry and injustice. And, we shall overcome.”  With the exception of members of Congress representing Southern states, the entire House chamber stood and cheered, interrupting the president with thirty-nine ovations.

The Voting Rights Bill in the Senate

Broad, bipartisan support for voting rights was signaled by the 66 senators who were eager to sign as sponsors of an administration-backed bill that had been discretely negotiated with Senate leaders. When introduced on March 18, 1965, 46 Democrats and 20 Republicans had signed as sponsors of the bill.

The number of sponsors indicated that voting rights legislation was likely to pass on the floor if an acceptable bill could be reported from the committee. Minutes after the bill was introduced, Senate Majority Leader Mike Mansfield (D-MT) and Senate Minority Leader Everett Dirksen (R-IL) made a motion that the bill be referred to the Committee on the Judiciary with instructions to report back no later than April 9.  The Senate agreed to the motion by a vote of 67 to 13.  Instructions to the committee were necessary because the chair, Senator James O. Eastland (D-MS), had never willingly reported a civil rights bill, and in 1964, the Senate voted to bypass the committee altogether when it considered the Civil Rights Bill.

As introduced, the Senate voting rights bill, S. 1564, did not ban poll taxes for state and local elections. On January 23, 1964, the Twenty-fourth Amendment was ratified, banning the poll tax in all federal elections. The administration and many senators did not believe a ban on poll taxes for state and local elections would withstand a constitutional challenge.  However, the bill reported by the Judiciary Committee on April 9 included a complete ban on poll taxes.  When the bill went to the floor, Mansfield and Dirksen deleted the provision and substituted one authorizing federal courts to determine if local poll taxes were racially discriminatory.  Senator Edward M. Kennedy (D-MA) sponsored a floor amendment that restored the committee-reported bill’s ban on all poll taxes, but on May 11, the Senate narrowly defeated Kennedy’s amendment by a vote of 45 to 49.

The filibuster against the voting rights bill lasted twenty-four days, during which time southerners expressed their belief that the bill was unconstitutional and punitive to the South.1 As the debate entered its third week, Mansfield and Dirksen began to explore ways to bring the bill to a vote.  They quietly polled members, and on May 21, 1965, the bill’s floor manager, Philip A. Hart (D-MI), initiated a petition for a cloture motion that was signed by 29 Democrats and 9 Republicans. Four days later, the Senate approved debate-limiting cloture by a vote of 70 to 30, only the second time in its history, and the second time in two years, that the Senate had stopped debate in order to vote on a civil rights bill. On May 26, the Senate passed S. 1564 by a vote of 77 to 19.

The Voting Rights Bill in the House

The House Judiciary Committee reported a revised H.R. 6400 on June 1, 1965, but Celler endured a month’s delay in bringing the bill to the floor when Howard W. Smith (D-VA), chair of the House Committee on Rules, kept the voting rights bill bottled up in his committee.  After Celler initiated proceedings to have the bill discharged, on June 24, the Rules Committee began hearings on the bill.  Rules Committee minutes indicate that on July 1, Celler got crucial help from Rules Committee member Representative Richard Bolling (D-MO).  Bolling’s motion to send the bill to the floor under an open rule passed the Rules Committee by a vote of 11 to 4. The motion authorized ten hours of debate and gave the minority party the chance to offer a substitute bill.

After the conference committee reported the bill removing the House poll tax ban on August 3, the House approved the Voting Rights Act and the Senate did so on the following day.  On August 6, President Johnson signed the bill into law at the Capitol.

For more materials about civil rights and the Voting Rights Act, visit the Civil Rights section.