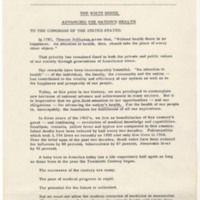 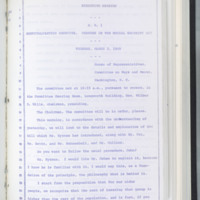 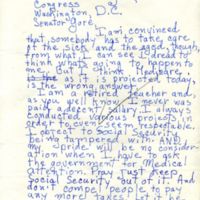 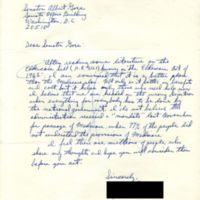 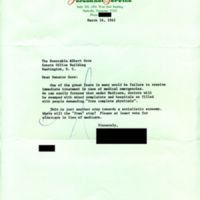 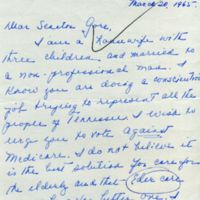 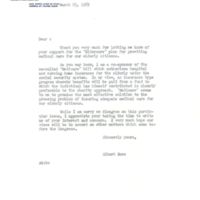 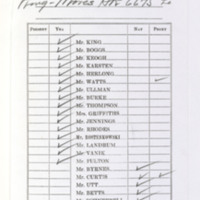 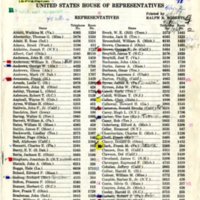 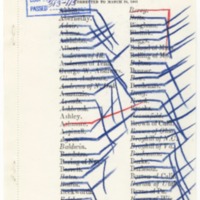 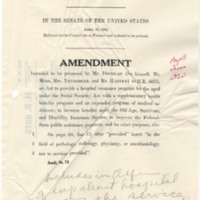 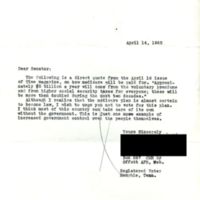 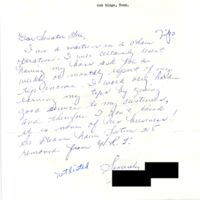 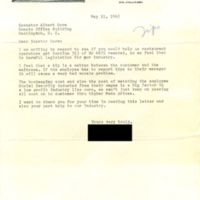 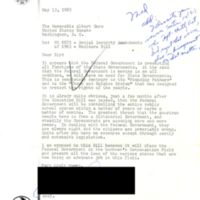 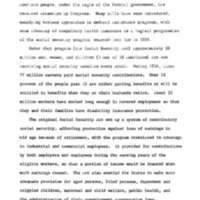 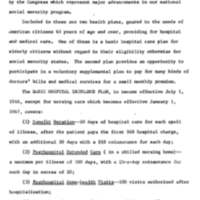 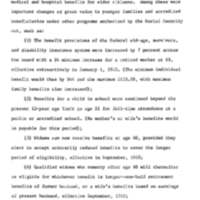 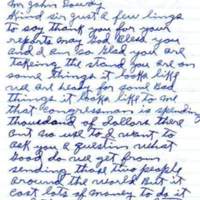 In his January 4, 1965, State of the Union address, President Lyndon Johnson called on Congress to pass a health-care bill for the elderly. The call for federal health insurance was not new.  In a special message to Congress on November 19, 1945, President Harry S. Truman called for a comprehensive national health insurance program for all Americans, declaring that, "The health of American children, like their education, should be recognized as a definite public responsibility."1   The corresponding Social Security expansion bill, which was introduced by Senators Robert Wagner (D-NY), James Murray (D-MT) and Representative John Dingell (D-MI), was heavily opposed by the American Medical Association and some in Congress and never passed.  Congress took the issue up in 1957 and 1962, but in each case failed to pass a bill establishing a national health insurance plan for the elderly.

The leadership of Congressman Wilbur Mills (D-AR), Chair of the House Committee on Ways and Means, was crucial during the 89th Congress, though he had been an obstacle to health reform in the past. In addition to H.R. 1, the Ways and Means Committee considered a bill submitted by the panel’s ranking minority member, John W. Byrnes (R-WI), who proposed a more expansive, voluntary program for the elderly that was financed through general revenues and participants’ contributions.  Toward the end of that meeting, Chairman Mills surprised the committee members when he ordered the staff to draw up an entirely new bill that combined H.R. 1 and Byrne’s bill.  Participants in the March 2 session described this combination as a “three-layer cake.”

On March 24 the Ways and Means Committee voted on the draft legislation, and the results were a straight party vote of 17 to 8. The committee approved a bill consisting of three components:  Part A mandated hospital coverage for the elderly funded by an increase in payroll taxes; Part B provided voluntary, supplemental coverage for other health costs funded through general revenues; and Part C added a new title to the Social Security Act (Title XIX, later known as Medicaid) providing federal matching funds for states that were responsible for health coverage for the indigent aged and other groups of the medically needy.  On March 29, the Ways and Means Committee reported H.R. 6675.   Mills became Medicare’s champion by sponsoring a bill that broadened medical coverage beyond anything Johnson and liberal Democrats believed politically possible in January 1965.

When H.R. 6675 reached the floor, it was the first time that a Social Security-based health plan had been debated in the House of Representatives.  Republicans continued to fight for a fully voluntary health plan and proposed an alternative bill based on the Byrnes bill that was narrowly defeated 236 to 191, with 128 of 138 Republicans in favor of the substitute.  The April 8, 1965, roll call vote on H.R. 6675, however, was a more bipartisan 313 to 115.

When H.R. 6675 reached the Senate, the risk to the bill came from liberals eager to expand coverage by adding amendments.  One such amendment added to the bill by the Senate Finance Committee shifted coverage of specialized medical services from Part B to Part A.  On July 19, 1965, the Senate passed an amended bill by a 68 to 21 roll call vote, which would have added a cost of approximately $800 million to the House-passed bill.  Representative Mills, with the backing of administration officials, eliminated practically all of the Senate amendments.  The conference report was agreed to the House on July 27 and the Senate on July 28.