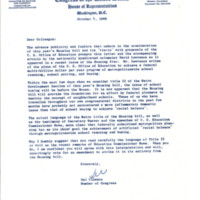 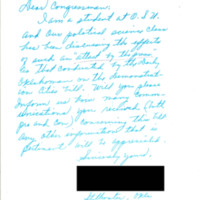 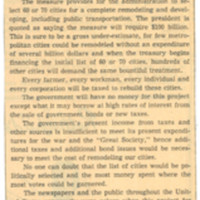 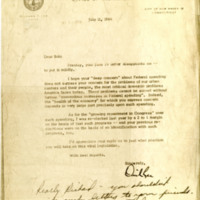 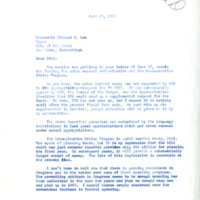 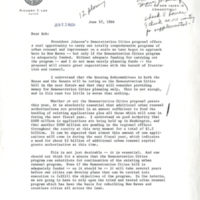 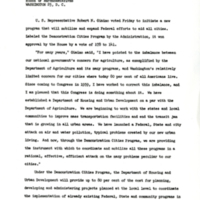 The Demonstration Cities and Metropolitan Development Act of 1966 was enacted as a broad urban planning program meant to revitalize cities and improve the welfare of people living in slums and blighted neighborhoods. It provided grants that would pay up to 80 percent of the cost of developing city demonstration programs and technical assistance from the Department of Housing and Urban Development (HUD). President Lyndon Johnson remarked that the legislation “... recognizes that our cities are made of people, not just bricks and mortar.”1

Support for urban renewal and the continuation of anti-poverty programs with federal assistance was offered by individuals like Richard C. Lee, mayor of New Haven, CT, in correspondence with Congressman Robert N. Giaimo. Critics of the bill feared it would be too costly, and some argued against the “desegregation implicit in the ghetto busting bill.”2

In June 1966, the House Committee on Banking and Currency Subcommittee on Housing held four weeks of hearings on housing and urban development legislation, including the Johnson Administration bill (H.R. 12341). Several bills were merged in H.R. 15890, the Housing and Urban Development Act of 1966, and that bill was reported to the full committee on June 28, 1966.

Both Senate bills were referred to the House Committee on Banking and Currency. On September 1, the Committee reported S. 3708 with an amendment drawing on features of H.R. 15890, S. 3708, and S. 3711. The House version was then considered on the floor for two days in October. A motion to recommit, which would have removed $900 million in grant money from title I and all of title II, was defeated by a vote of 175 to 149. The bill was then approved by a vote of 178 to 141.

President Johnson signed the Demonstration Cities and Metropolitan Development Act of 1966 into law on November 3, 1966.