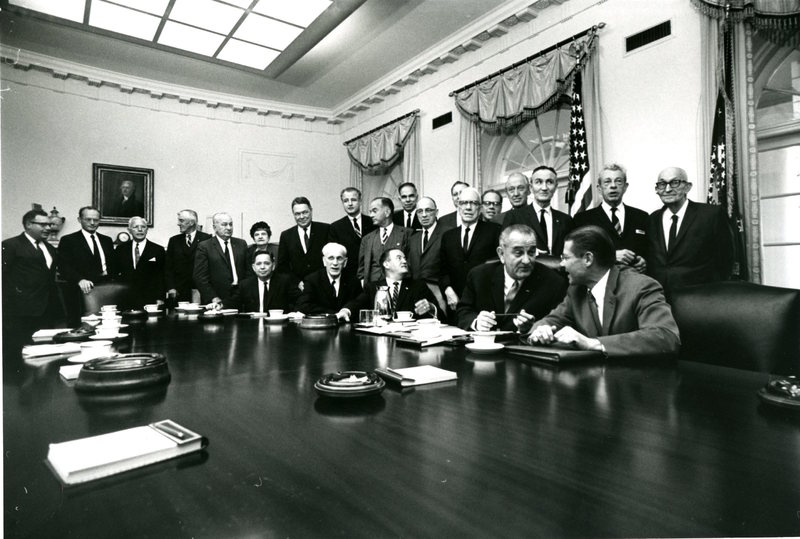 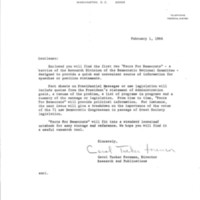 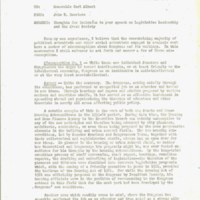 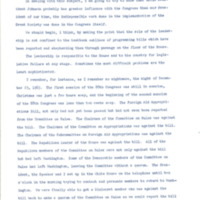 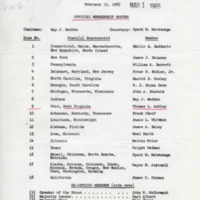 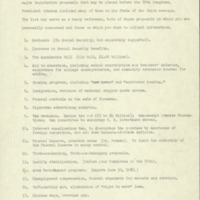 The 1964 election gave the Democratic majority the most lopsided plurality in history and created a Congress with the largest Democratic majority since 1936.  Lyndon Johnson’s landslide win over Barry Goldwater, combined with a decidedly liberal Democratic Congress, set the stage for an ambitious legislative agenda.  For the first time since the 1930s, the Democratic Party had enough seats to overcome the Southern conservative coalition that had continually blocked liberal legislation. Johnson was quick to seize the momentum and called his key legislative liaisons to the White House just 10 days after his inauguration.  In this meeting, the president exhorted his charges to make haste with his ambitious plans:

Leaning heavily on the steady leadership of his long-time colleagues in Congress, Johnson met with House Majority Leader Carl Albert  (D-OK) and Speaker of the House John McCormack  (D-MA) to lay the groundwork for the upcoming session.   Afterward Albert briefed the press with the colorful admonition, “President Johnson’s legislative program is expanding like a batch of yeasty bread in a warm kitchen.”2

Indeed the president was determined to wrangle widespread congressional support, and he devoted a tremendous amount of time to his agenda in the 89th Congress, frequently summoning or phoning up to 30 different congressmen and senators in a single day.  Thus the remarkable success enjoyed by Johnson’s early legislative slate owed much to strong Democratic leadership in Congress, a groundswell of political currents pushing the liberal majority, and a president reaching his own high water mark on the national political stage.