W. R. Poage Legislative Library supports programs designed to inform and educate students, scholars, and the general public on the history of Congress, the legislative process, and current issues facing both local, state and national governments. The library encourages the preservation of materials that document the work of government, including the papers of U.S. congressional representatives, Texas state legislators, and judges, and supports programs that make those materials available for educational and research use.

Photograph of Congressmen Poage and Dole welcomed at New Delhi 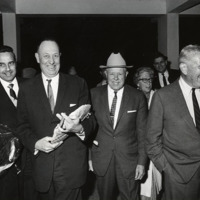 Photograph of a group of South Indian children

A group of South Indian children who turned out in large numbers to greet the U. S. Congressional Delegation in Tanjore District, Madras State. 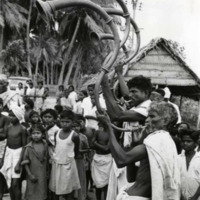 Distinguished visitors in South India are traditionally greeted with these enormous horns. 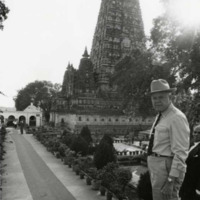 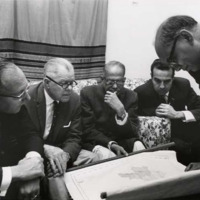 Members of the Congressional Delegation participated in an exhaustive briefing on conditions in the drought affected areas of Bihar. The briefing was presided over by the Prime Minister's Emergency Relief Coordinator, Mr. J. P. Narayan. 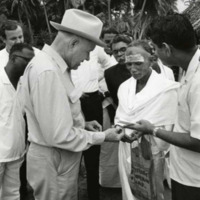 Photograph of Delegation members, staff, and Mr. Boulware at Tiruchirappalli Airport with garlands 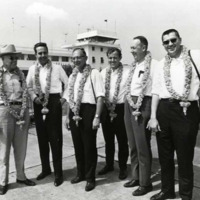 Members of the Delegation and their staffs along with Mr. James Boulware (fifth from left) at Tiruchi airport just after being garlanded by local farmers and officials who came to welcome them. 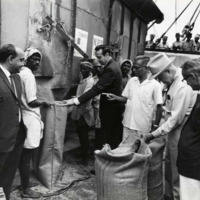 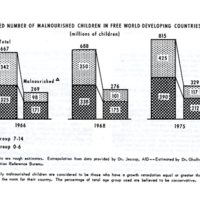 Graph representing the projected number of malnourished children in free world developing countries from 1966-1975; page 19 of the February 10, 1966 Food for Freedom booklet

'For the Press: Food for Peace Aid USDA' press release 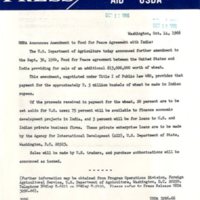 USDA Press Release; Text: "USDA Announces Amendment to Food for Peace Agreement with India: The U. S. Department of Agriculture today announced further amendment to the Sept. 30, 1964, Food for Peace agreement between the United States and India…
View all 70 items