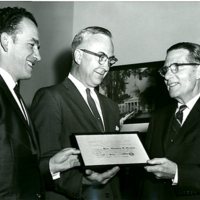 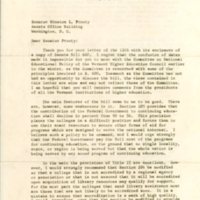 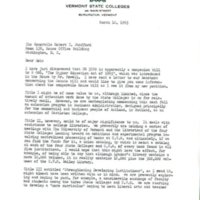 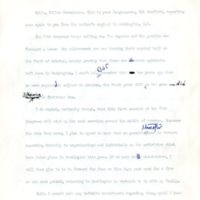 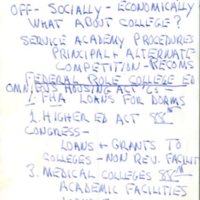 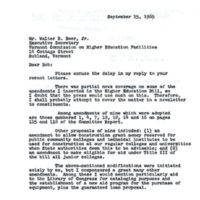 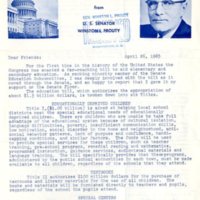 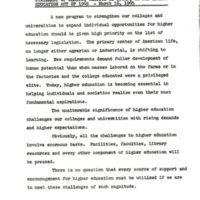 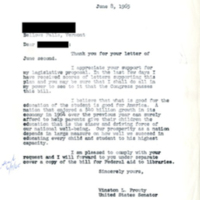 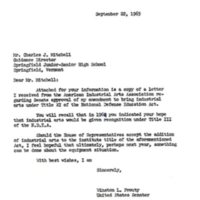 In a special message to Congress  on January 12, 1965, President Lyndon B. Johnson declared that, “Higher education is no longer a luxury, but a necessity,” and called for increased financial assistance to low- and middle-income families, aid to improve programming for smaller and less well-developedcolleges, and enrichment of college and university libraries.  Johnson’s address also challenged universities to help solve national problems like community development and poverty.

One week later, Representative Edith Green (D), Oregon introduced H. R. 3220:  a bill to “strengthen the educational resources of our colleges and universities and to provide financial assistance for students in postsecondary education.”  The Senate version of these bills, S.600, was introduced by Senator Wayne Morse (D) of Oregon. In July, teacher training proposals were introduced in S.2302. Provisions in these bills advocated creating an advisory council to review both existing and future teacher-training programs as well as a National Teacher Corps. This Corps’ explicit purpose would be two-fold: to recruit qualified teachers into low-income areas and to train inexperienced teachers via internships. Similar provisions for financial aid, scholarships, library enhancements, and work study would become key aspects of the Higher Education Act. Throughout 1965, the Special Subcommittee on Education and the Education Subcommittee of the Senate Committee on Labor and Public Welfare conducted numerous hearings in Washington, D.C. and Chicago. University administrators, educators, and student aid officers gave informal recommendations.  The results of these hearings led to a new, inclusive bill: H.R. 9567. The House of Representatives passed H.R. 9567 on August 26; the Senate passed the bill on September 2.  Both the House Committee on Education and the Senate Committee on Labor and Public Welfare drafted a single version of H.R. 9567, which subsequently cleared both legislatures on October 20, 1965.

President Johnson signed H.R. 9567, the Higher Education Act of 1965, into law on November 8, 1965 at his alma mater, Southwest Texas State College (now Texas State University) in San Marcos, Texas. It was there, Johnson said, that the seeds were planted from which grew my firm conviction that for the individual, education is the path to achievement and fulfillment; for the Nation, it is a path to a society that is not only free but civilized; and for the world, it is the path to peace -- for it is education that places reason over force.”  Johnson also characterized the act, along with the Elementary and Secondary Education Act of 1965, as “keystones of the great, fabulous 89th Congress” and believed it would help spread “the roots of change and reform” throughout the nation.