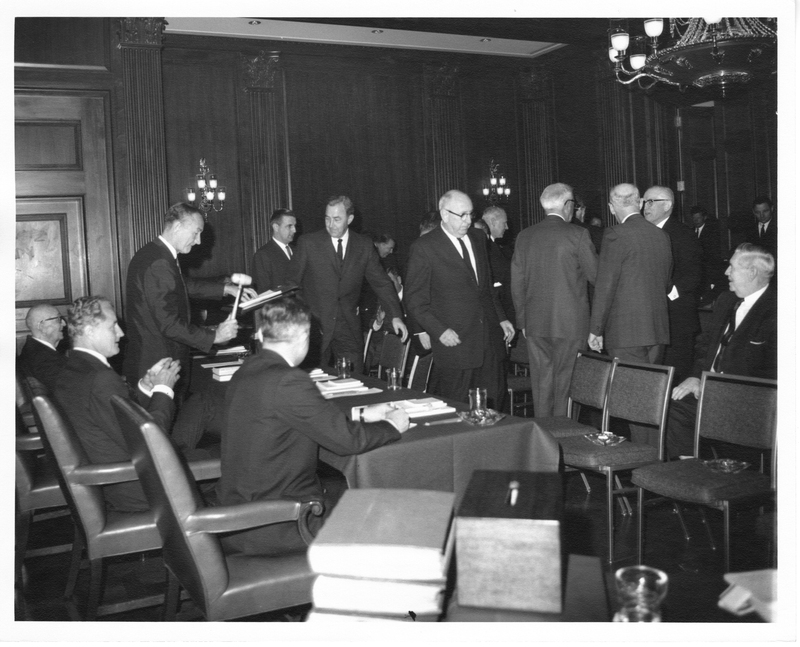 During the mid-twentieth century, congressional committees, and particularly committee chairmen, wielded significant power over the legislative process. Members of Congress frequently served on multiple committees, which drafted proposed bills, decided which bills were debated and voted on, and determined the rules for the floor debates. Seniority determined promotion on congressional committees, and in the early 1960s, several committee chairmen were Southern members of the conservative coalition, making it extremely difficult to debate or pass civil rights and other liberal legislation.

Following their historic gains in 1964, Democrats in the House and Senate used their newfound majorities to overcome some of these legislative obstacles.

In the Senate, the filibuster, which allowed for any Senator to speak continuously on the floor to delay or prevent a vote on a bill,  was sometimes invoked to block legislation. Under Rule 22, known as cloture, the Senate could end a filibuster with a two-thirds vote. That was traditionally a difficult number to obtain, but during the 89th Congress, a loose coalition of liberal Democrats and moderate Republicans had the power to invoke cloture and block conservative filibusters.

In the House, liberal Democrats made some structural and procedural changes. The first cracks appeared in the seniority system when they revoked seniority from two Democrats who had supported Barry Goldwater. They also revised some rules in the House, including measures to limit some of the power of the House Rules Committee, which set rules for debating legislation on the House floor. Further, to reflect the new majorities, the House voted to adjust the party ratio on committees from three Democrats and two Republicans to two Democrats and one Republican.

These procedural reforms, along with the Democratic Party’s advantage over Republicans, meant that the 89th Congress was poised to accomplish a liberal legislative program.