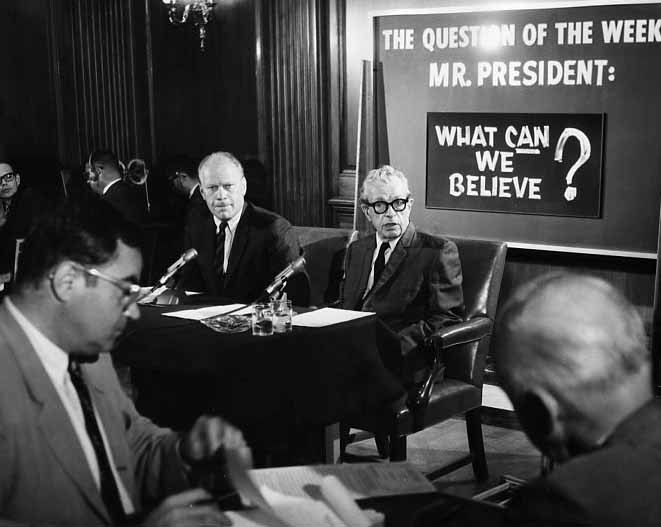 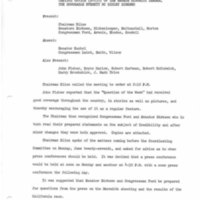 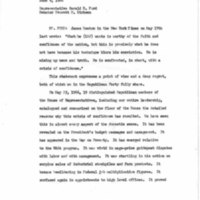 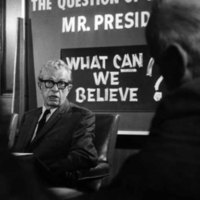 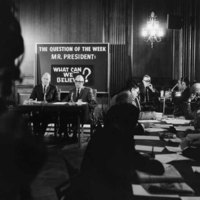 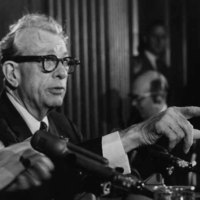 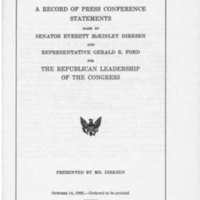 When the 89th Congress convened in January 1965, Democrats substantially outnumbered Republicans in both the House (295-140) and the Senate (68-32). With little opportunity to influence legislation through normal channels, Republican leaders turned to the media to present the party’s critique of Lyndon Johnson’s administration.

As Senate Minority Leader Everett McKinley Dirksen explained: “It is unwise, it is dangerous and it can be disastrous, when an overwhelming majority is permitted to prevail without question of hindrance. Only as a majority is repeatedly questioned and checked by a strong minority can the foundations of this Republic be preserved. That we, a present minority, would welcome majority status is undeniable, but until that inevitable day we believe it all-important to the American people that our numbers and our hand be strengthened sufficiently to outlaw forever from Capitol Hill the push-button, the computer, the soulless rubber-stamp.”1

During the first six months of 1966, Dirksen and Ford increasingly accused the Johnson administration of misleading the American people, of creating a “credibility gap.” The phrase was first used to express skepticism about the administration’s statements and policies on the Vietnam War. The Republican leaders, however, expanded it to describe discrepancies between the administration’s public pronouncements and its actions on the economy, the war on poverty, wage-and-price controls, and tax policy, among others.

The press conference of June 9, 1966, provides a telling example of the leaders’ strategy. Following a meeting the day before with the entire party leadership, Dirksen and Ford met with the press to pose what the Republicans called “The Question of the Week.” They framed it as “Mr. President, What can we believe?”